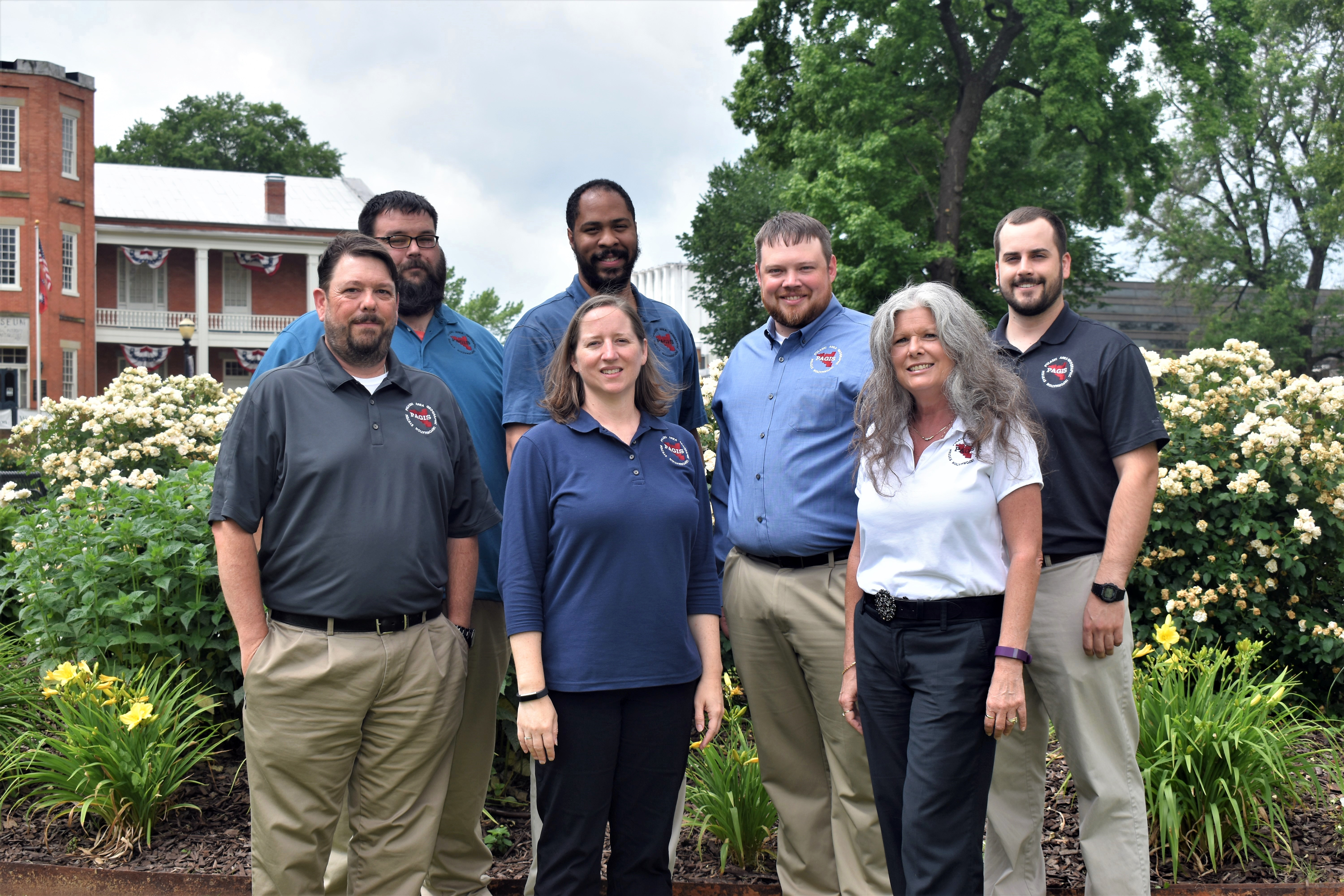 The Pulaski Area Geographic Information System (PAgis) began in 1988 as a grass-roots effort by staff from the City of Little Rock Public Works Department, Little Rock Municipal Water Works and the Little Rock Wastewater Utility.  These employees realized a need for a high quality, consistent base map that could be shared across jurisdictional boundaries.

During a 1986 URISA conference, PlanGraphics was contracted to prepare a strategic plan to address hardware, software, data and personnel needed to build a Geographic Information System. Between 1988 and 1990 the consortium contracted with Greenhorne & O’Mara (G&O) to create their first digital map of the Little Rock metropolitan area. This map was created from hard copy stereo aerial photos which were used to digitize features into the city’s first GIS environment. The base map was updated over time for areas experiencing rapid growth and other changes to the landscape.

In 1997, PAgis contracted Merrick and Company to acquire new digital orthophotography and to update the base map planimetric data and topographic mapping.

In 1998, the four charter members signed an inter-local agreement establishing PAgis as a separate government entity and set its mission to create and maintain a shared Geographic Information System (GIS) database. In 1999 the PAgis Board of Directors voted to implement a dues-based funding system. This type of funding simplifies the expansion of the membership base and strengthens its independence. It also encourages affiliation by additional government agencies within Pulaski County. PAgis also began implementing other pieces of the strategic plan by staffing the office with GIS technical staff as well as a programmer. The initial focus of the staff was to quality control the data provided by the contractor and to design and populate the GIS database.

Between 2000 and 2002, the PAgis staff completed the data acquisition and quality control for the base map layers while at the same time compiling the data and infrastructure needed to build out the addressing aspects of the GIS database.

In 2003 and 2004 PAgis was re-organized under the management umbrella of Central Arkansas Water (CAW). PAgis is now housed in the same building as CAW, uses CAW human resources staff and information services resources, and has adopted many of CAW’s benefits, policies and procedures. The CAW GIS Manager also serves as the PAgis Manger, by supervising the PAgis staff, preparing the annual budget and maintaining daily operations.

Since 2005, PAgis has achieved many successes including a 95%+ match rate between the building point address layer and the CAW customer address list. PAgis has also partnered with the Pulaski County Assessor’s office to complete and maintain a countywide parcel layer that is linked to the Computer Assisted Mass Appraisal (CAMA) database.

With the exception of parcels, PAgis maintains the “framework” or “base map” GIS layers for all of Pulaski County.  PAgis provides access to current and accurate base map layers such as roads, buildings, survey control, elevation, aerial imagery, jurisdictional boundaries, and many more.  For example, the PAgis address point layer is considered the “master address database” for most addressing authorities in Pulaski County.  The address point layer is used by Planning, Permitting, Customer Service, E911, Police, Fire and many other government services groups.

PAgis ensures that our partners have access to not only PAgis base map data, but also to other member agencies’ data layers (water & sewer facilities, districts, parcels, environmental layers, etc).  The data is updated monthly on the PAgis web servers for all partners to access.

PAgis also coordinates new data development projects with internal and outside groups such as the acquisition of new aerial imagery, LiDAR and other elevation products, flood hazard mapping data and many others.